UWM professor Anne Basting was named an Ashoka Fellow on Oct. 25. She was recognized for her work with dementia patients, particularly for her creation of TimeSlips, which harnesses the power of storytelling to reframe the aging process. 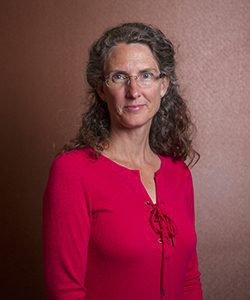 “Anne Basting is transforming the experience of aging and the stigma around dementia and memory loss by empowering older adults and their caregivers with new practices rooted in creative expression and community building,” her Ashoka citation says. “Having demonstrated the impact at the individual level, her sights are now set on making nursing homes a vital part of the community through art exhibitions, live theater and cultural exchange.”

Ashoka is a worldwide organization founded in 1980 that recognizes social media and other societal changes have empowered people outside the usual seats of authority to change the world. The organization promotes social entrepreneurship, the idea that individuals’ ideas can help correct global problems. “Ashoka Fellows are the leading social entrepreneurs that Ashoka has recognized for their innovative solutions to social problems and their potential to change patterns across society,” the organization says.

For the first three years of the fellowship, Basting will have access to a stipend to further dedicate herself to her work. She will also have the opportunity to attend Ashoka convocations and connect with other fellows around the world. In 2016, Basting was awarded a MacArthur “genius” grant, the first for a UWM faculty member, for her work with aging.