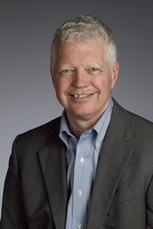 When Loren Peterson moved ZyStor Therapeutics from St. Louis, Mo., to Milwaukee in the early 2000s, he had trouble finding other health care and biotechnology startups to keep him company. “It was pretty much a desert,” recalled Peterson, who sold ZyStor and its line of enzyme replacement therapies to BioMarin Pharmaceutical Inc. in 2010. Today, Milwaukee’s once-arid life sciences landscape is sprouting more ideas and emerging companies. It’s a trend that was on display Thursday at Milwaukee’s University Club during a pitch event that featured five promising health-tech ideas as well as two innovations in advanced materials.

The annual “First Look Forum” was hosted by a trio of universities that have invested steadily in research and development over the past 15 or so years: the University of Wisconsin-Milwaukee and the UWM Research Foundation; the Medical College of Wisconsin and its Office of Technology Development; and Concordia University. Not that research hasn’t always been a part of those campuses and others in southeastern Wisconsin, notably Marquette University and the Milwaukee School of Engineering, but the emphasis has turned from “gee-whiz” R&D that rarely made it outside the laboratory to inventions that can help people, result in tangible products and make money.

A series of seven-minute presentations were followed by questions from a panel of tech-sector veterans, each of whom has been an investor in emerging companies. They were impressed by what they saw and heard. “The technologies themselves seemed impressive, but even more so was that each presenter had a business focus with a specific problem they were trying to solve. They had a level of business savvy that you don’t often see among early entrepreneurs and academics,” said Greg Lynch, a partner in the Michael Best law firm and co-founder of its Venture Best practice group. “This reflects the individual coaching by the three university partners, who are clearly collaborating and who understand they have a big stake in leveraging campus-based technology ideas and assets,” added Lynch.

He was joined by Toni Sikes of CODAworx and Calumet Venture Fund and Jonathan Fritz of Symphony Corp. in critiquing the pitches. The diverse nature of the presentations spoke to the fact that Milwaukee’s R&D cluster is spawning ideas that address big markets, such as cancer, heart disease, batteries, vision problems, hospital operations and more. They included:

It’s difficult to know which of those ideas will blossom into companies, although several are already headed down that route. However, all have the potential to turn their intellectual property into products that could be licensed or acquired by others. For serial entrepreneur Peterson, who has been an investor and is now an “entrepreneur-in-residence” at UWM, Thursday’s presentations were an emerging oasis in the former “desert.”

“I think we’re entering an era when the colleges and universities in the Milwaukee area are doing more to foster entrepreneurism among faculty and students alike,” Peterson said. “There are many inventions that accrue to the benefit of society while forming the foundation of new companies or products that can succeed in a business sense.” What’s needed now is for more investors and health care experts to discover Milwaukee, where colleges and universities collectively spend about $300 million per year on R&D work, much of it in the life sciences. A desert no more, some flowers are blossoming.